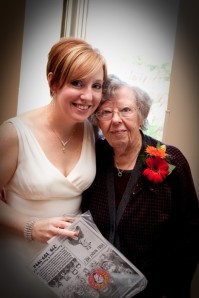 And now, a confession:

When we first agreed to take on the Sibling Discovery project, I was confident I could tackle a prompt each week. Paul asked for more time. So we settled on once a month. I was cocky. No problem. I’ll be done in no time, then I’ll wait for the others.

We picked the first prompt 17 days ago. Right away, I shared the concept with my children. Emma and Hannah set to work immediately – and I mean within minutes – on their own creative interpretations, carving bars of soap. In less than an hour, Emma had a reasonable facsimile of a kitchen sink. She dug a generous hole in the center of a bar of Lever 2000, then poked a smaller hole to hold a snippet from a plastic bendy straw, representing the faucet. It was impressive. Hannah didn’t connect with “kitchen sink,” so she pulled another prompt from the bowl and began carving her bar of soap into a flower in response to the word “garden.” Isaac didn’t dive into a project, but he brainstormed several options for how he would interpret a kitchen sink, whether by carving or drawing.

But I did nothing concrete. In fact, I busied myself with a thousand other tasks, avoiding this activity altogether.

At the same time, I was avoiding another project as well. For nearly 10 months, my office had been cluttered with the items I brought home from Mom’s apartment. Before and right after she died, I went through her home, rescuing the things I wanted to keep and share with my children. Mostly, I saved craft supplies and family photos, as well as a few dishes, recipes and books. When we returned home from the funeral week, I stowed it on, around and under the work table in my office. Then I turned away from it all and launched back into the busy-ness of work and life.

In time, I began to resent those boxes and piles of stuff. Mom’s junk was intruding in my work area, cluttering up my creative space and just generally making me cross. I started to spend less and less time in my office.

I began a mid-winter “spring cleaning” initiative throughout the house. With our nanny Kathy’s help, I attacked one room, one closet, one cabinet after another – throwing away the crap and re-organizing the good stuff. Kathy asked me a few times if I wanted to start on my office, and I kept refusing. I even acknowledged, out loud, that I was procrastinating because the mess overwhelmed me and I wasn’t sure I was ready to go through Mom’s things.

Then one day last week I went to breakfast with my best friend, Amy Waters. I was bragging about the progress we’d made around the house – except Mom’s stuff. Then I changed the subject by boasting a bit about the Sibling Discovery project. Amy asked about the first prompt. I told her “kitchen sink,” and she asked what I had in the works. I had to admit, nothing, really. She half-smiled at me, was quiet a moment and then threw me the zinger …

“Everything but the kitchen sink.”

That’s what I was doing. I was addressing everything around me except Mom. I wasn’t going through her belongings, and I wasn’t exploring her story by way of the kitchen sink.

That afternoon, I dug in. I opened the containers I had brought home from Mom’s. There wasn’t as much there as I had thought. I devoted a couple of half-days to the job, and now it’s done. I have sorted through and found places for virtually all of Mom’s stuff, incorporated into our home. Mom is no longer intruding. She is peacefully co-existing with me. Sharing my creative space. Living with us.

And so today it was much easier to sit down to this assignment. It helped, too, that Norma announced that she has finished her interpretation of “kitchen sink.” I know this about myself: I work well with a deadline. Give me too much time, and I will luxuriate and ruminate and – let’s be honest – procrastinate. But put the pressure on, and I’ll deliver.