Create an animal that has never existed before.

Coincidentally, my third grader came home from school talking about the fun exercise she did in class today. The students had to name their four favorite animals, then imaginatively merge them into one. Emma invented the unidinofigr—a hybrid of the unicorn, dinosaur, fish, and giraffe.

She tried to walk me through the same exercise, but I just wasn’t feeling the girfralkey (giraffe, frog, alpaca, and monkey). Where would those little frog fingers go? Who would be able to reach to shear the fine wool off that long, tall neck? For that matter, how would you get the thing out of the trees, holding still long enough for a decent haircut?

I mentioned the challenge to my siblings this evening. We were in a Google Hangout, holding our monthly Sibling Discovery session, where we discuss and encourage one another’s artistic endeavors. As the meeting wound down, we got a little silly. That’s when the best ideas emerge.

My brother, the woodcarver, recommended the ARMADRILLO. This creature’s armor is composed of tiny corkscrews (like drill bits). The armadrillo burrows clockwise in and counterclockwise out—and all in uniform measurement … except the European ones, which turn at a slightly different scale.

I asked my sister, the textile artist, what she had in mind. She played with a concept involving scissors and birds. But our brother pointed out that the scissorbill already exists. Dream crusher.

I had an idea. During my recent vacation to Oregon, I became infatuated with the alpaca. Such an interesting and beautiful animal. As an occasional knitter, I appreciate the deliriously soft fibers these sweethearts produce. But an alpaca’s coat is shorn just once a year. That’s a long time to wait for that spectacular fiber. 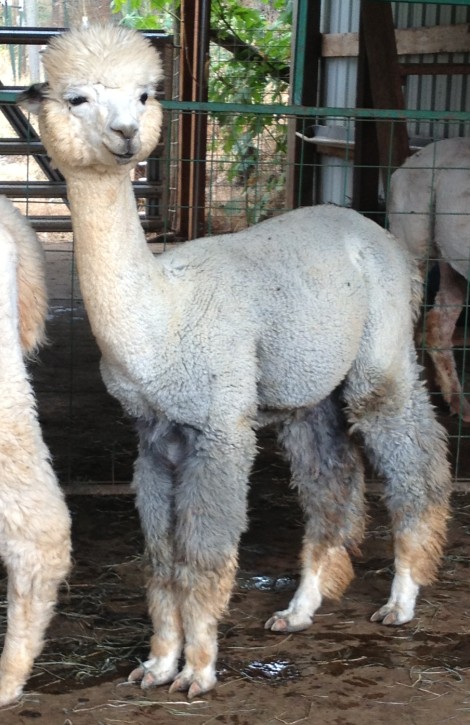 Fortunately, with creative breeding, I believe we can produce a new animal—a hybrid cousin of the alpaca that will produce fiber more frequently. I give you …

The alpoopa defecates its fiber, allowing for harvest of its valuable product at least daily. The most advanced of the species even eliminate their fibers in tidy balls, ready for an artful person to knit, crochet, or weave into luxurious and useful items. Typically, one alpoopa’s daily output is sufficient to produce a single sock. A modest herd can easily generate an afghan a day.

(Note: My third grade advisor suggests reading “modest herd” quickly, out loud. Hear it? “Modest turd.” There it is.)

Like the alpaca, alpoopas who live together all poop in one place. With training, they can even poop their fibers into piles sorted by color—brown fibers beside white fibers beside black fibers, and so on. One could even imagine training an alpoopa to deposit its tidy fibers straight into the knitter’s stash.

Naturally, this animal carries a hefty price tag. Considering that a single alpaca may sell for tens of thousands of dollars, you can expect to spend millions for the still rare but exceedingly valuable alpoopa. Once we advance the hybrid so alpoopas eliminate their “waste” in the form of perfectly sized, argyle sweaters, you’ll be looking at a billion-dollar investment.

There was an error retrieving images from Instagram. An attempt will be remade in a few minutes.